Damsels and Dragons at Fiddler's Lake

Here we are, yet another blog post that only my mother would read (thanks mom!)

On a whim, I packed up 7/8th's of the family on a Saturday afternoon and drove out of town; up into the Wind River Mountains near our home to go camping.  I tried to keep things simple so that it wouldn't be overwhelming, since it was just me with two kids and our elderly dogs (Scott being in Vegas). 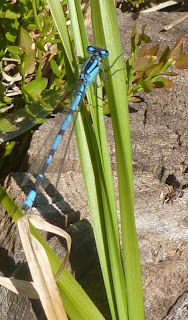 When we got to our campsite at Fiddler's Lake, there were hundreds of sky blue damselflies everywhere.  In the late afternoon sunlight, it was kind of magical~ 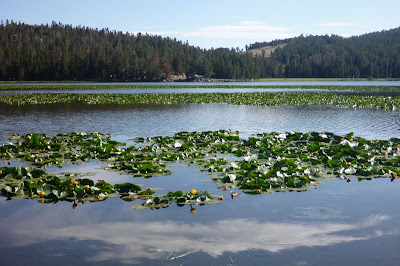 That evening, I had a huge compliment from my little man, "Your fire is way better than Daddy's fires."  We invented s'mores of every kind with ginger snaps, dark chocolate, chocolate with almonds, butterscotch chips and marshmallow.

In the middle of the night I went out to sit by lake and the water was so still that the stars were reflected in it. When seen through the trees, the starlight on the lake looked like thousands of fireflies.  As I sat there watching shooting stars, I realized it must be the Perseid meteor shower.  What awesome luck.  With no moon, and the stars on the surface of the pond, it was phenomenal.  I tried to wake the kids up to come see, but they wouldn't budge from their nice warm bags.

I can't say enough how much I love this down time with my kids. It's golden.

Posted by Kathy Browning at 9:13 PM

Last Friday I hiked 29.3 miles in one day from Bear's Ears to Lizard Head to the North Fork Trail, starting and ending at Dickinson Park on the Wind River Indian Reservation. It was the most stunning hike I'd ever been on, in the Wind Rivers or anywhere. On top of it, I did with some of my best, and most intrepid friends. Thanks to my awesome friend Shelli Johnson for organizing us! 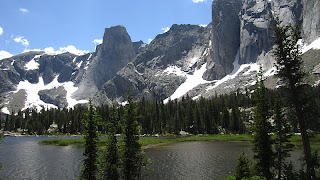 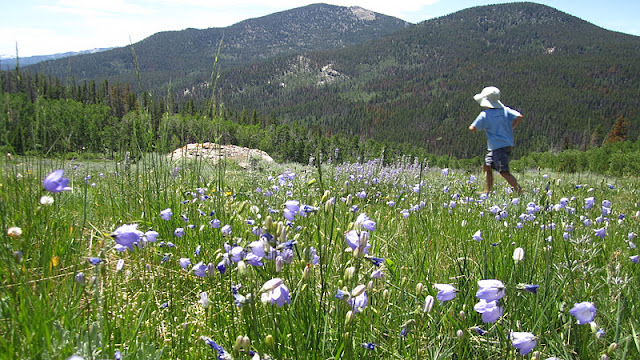 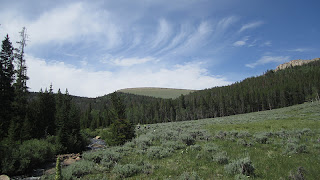