Tower, this is Ghost Rider requesting a flyby

Okay, so these are obviously the Thunderbirds, the USAF's F-16 Fighting Falcons, not the Navy's F-14 Tomcats! Just the same, Laura would be Mav, and Ben would most definitely be Goose. 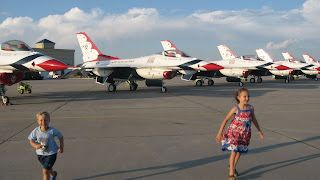 These photos are from the Cheyenne Frontier Days Airshow in 2009 in Cheyenne, Wyoming. When I was little, I was lucky enough to see the Thunderbirds and the Blue Angels quite a few times. My dad was stationed at Davis-Monthan Air Force Base in Tuscon, AZ, Goodfellow Air Force Base in San Angelo, TX and at the Air Force Academy in Colorado Springs, CO. Naturally, I was very excited to take the kids to their first air show! Truly, I'm not sure who enjoyed it more, Scott and I, or the kids.
The shots of the Thunderbirds on the tarmac are from the evening before the airshow at the national guard armory. It was so nice of a friend of a friend to give us an up close and personal tour. 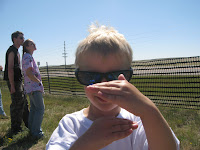 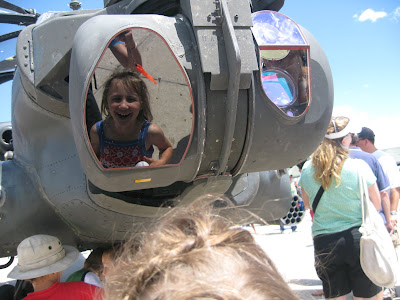 I caught Laura's reflection in this helicopter. 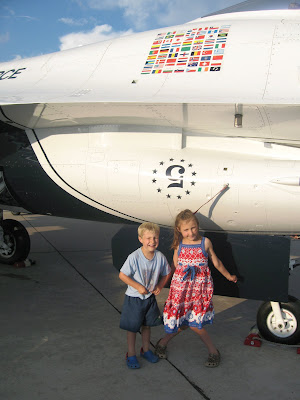 In mirror formations, one Thunderbird must be inverted, and it is always Thunderbird number 5. That is why the "5" on this jet is painted on upside down, and thus appears right-side-up for much of the routine. 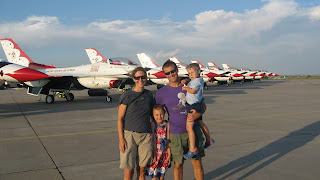 Posted by Kathy Browning at 8:19 AM 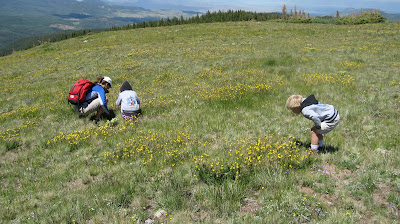 Looking at wildflowers.
In July we visited my Dad in Del Norte, Colorado, and made a day trip into the San Juan Mountains that are just south of Dad's house. We hiked up to the saddle of Greyback Mountain and were hanging out and eating snacks when Laura decided she wanted to go to the top. So, we followed behind her as she charged up to the top, like a mountain goat. When I caught up to her I could hear her humming as she scrambled over boulders.... 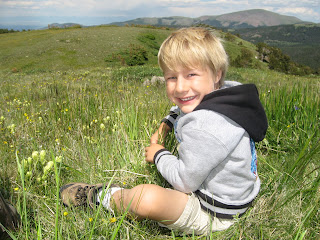 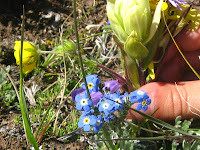 Laura found one of my favorite alpine flowers, forget-me-nots. 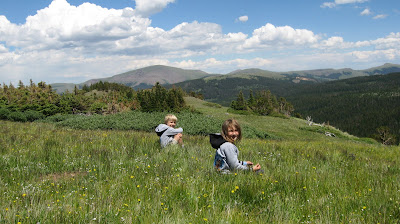 Laura and Ben sitting on the saddle below the mountain, enjoying the view. 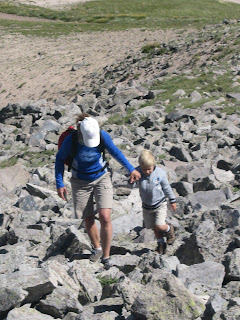 Ben and Mommy opening up a new route on the east face of Greyback. 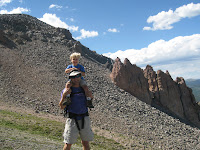 Scott & Ben, trying to keep up with the girls. 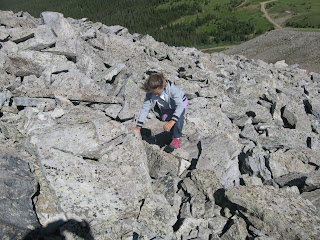 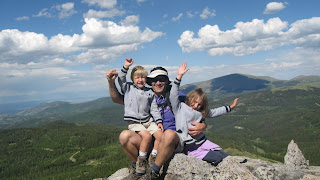 Summit of Greyback Mountain, San Juan Mountains, Colorado! The cool thing about their first peak is that we can easily see Greyback from my dad's kitchen window.

Posted by Kathy Browning at 6:51 AM

A few random photos from Dave and Jodi's wedding and reception at the farm... 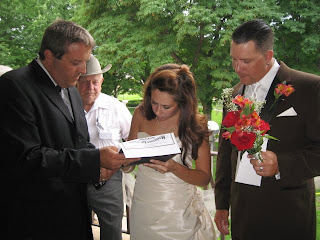 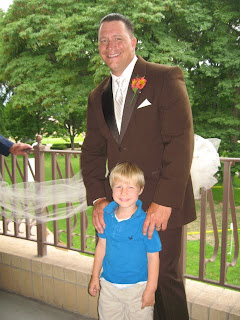 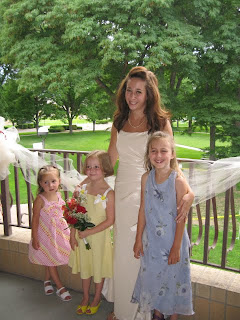 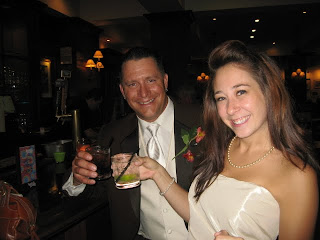 The happy (and dashingly handsome) couple. 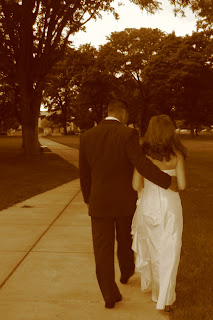 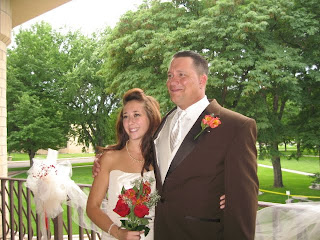 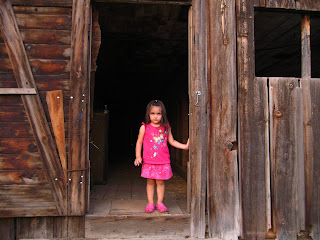 Brooke in the barn. 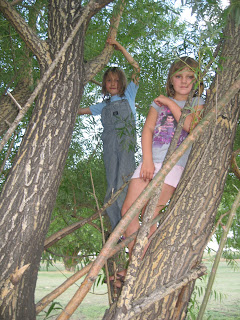 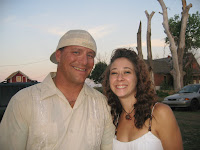 Dave and Jodi at the farm reception. 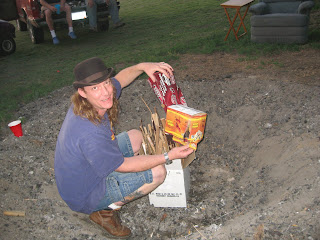 Sonny in the firepit getting the party, and the fire, started.

Posted by Kathy Browning at 2:53 PM

Since I have come to Cold Mountain
how many thousand years have passed?
Accepting my fate I fled to the woods,
to dwell and gaze in freedom.
No one visits the cliffs
forever hidden in the clouds.
Soft grass serves as a mattress,
my quilt is the dark blue sky.
A boulder makes a fine pillow;
Heaven and Earth can crumble and change.