If you would like to see about picking buckshot out of your backside, you'll have to scroll down to the bottom. 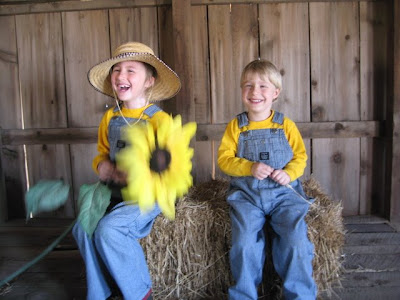 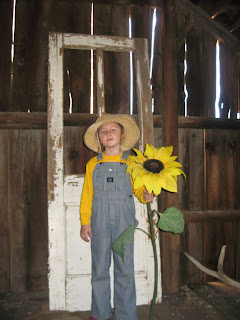 FEET of snow dumped on the Lander area so we postponed our trip to the family farm for a few days. But we finally made it and here's a few random shots of the farm, the zoo, a morning spent with my brother, and playing in the snow near Lander. 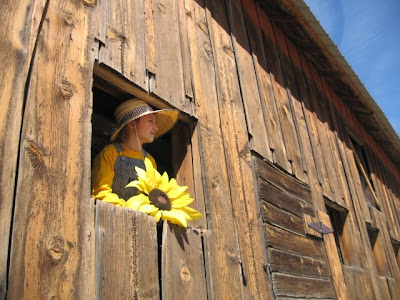 We had fun doing a 'photo shoot' on the farm. 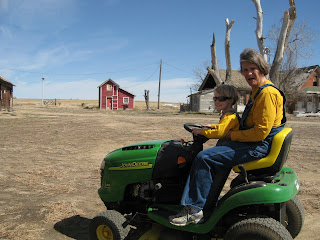 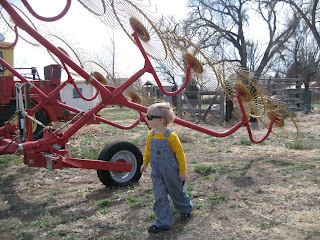 Ben asks about 5 times a day if we can go look at the farm equipment. 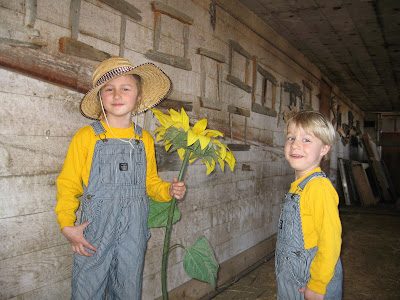 Laura with her sophisticated 'hick' pose, I guess. For our Farm Centennial party in 2004, my cousin Dayna, a photographer, filled this wall of the barn with old black and white photos. She made the frames out of barn wood. 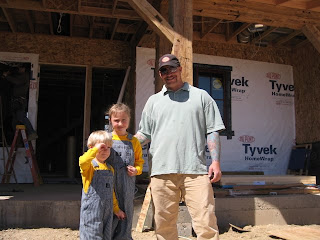 A Great Day. My brother builds custom homes. This one is near Lyons, Colorado. A picnic in the sunshine and KFC. 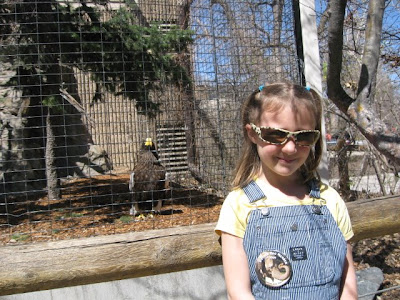 What Laura wanted to do for her 7th birthday was go to the aviary at the Denver Zoo. We streaked past elephants and hippos to see.... the Stellar's Sea Eagle (pictured here to the left). But Laura's favorite was a pair of Lorakeets (get it, Laura-keets). They really were very cute. 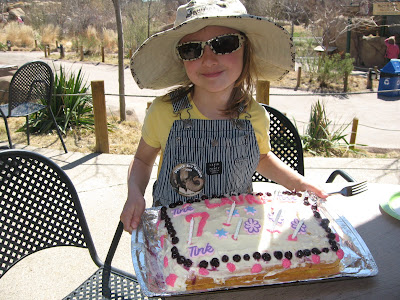 We took the Laura's birthday cake into the zoo. The kids liked the fact that the Canada geese and house finches were eating what they 'dropped'. Even feeding tame wildlife at the zoo makes the inner wildlife biologists in Scott and I cringe. My brother, his fiance, mom, and my aunt all went with us for our little party.
In case you are wondering, the kids pretty much lived in their overalls on spring break. But also, some photos were taken on the same day :). 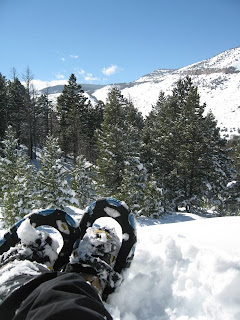 My happy feet, at least I was able to snowshoe once this year... in April no less. 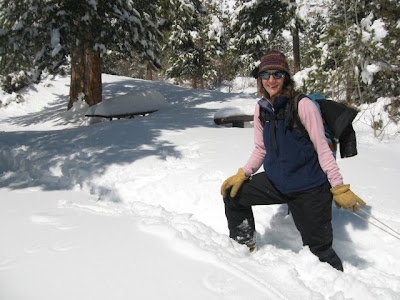 Slogging up to the sledding hill. This is our favorite picnic/cookout spot. 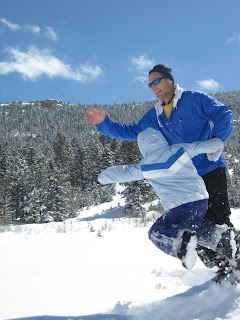 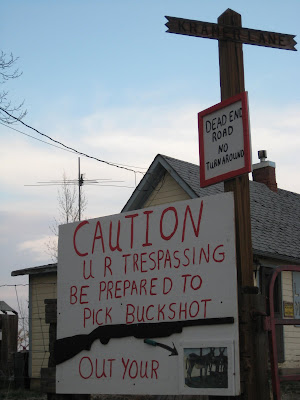 No Trespassing. Sign by my Uncle Lucky and Mom.
(photo credit - Bobby & Tracy!)
So the census guy came out to the farm while I was there on spring break. For residences, there's Mom's house and the dilapidated original homestead up about an eighth of a mile from Mom's house. The old house is at the end of our private road (Kramer Lane) the road is well marked: no trespassing; in three different spots. I told the guy to have at it when he wanted to mark Mom's house down for the big count next year. But when he left Mom's house he proceeded to drive up the road, without asking, to the old place.

He was up there for quite awhile and it was making me madder and madder. I'm not sure why but I jumped in the car and drove up there. Mad maybe because he didn't ask permission and I was also wondering why he was doddering. We have valuable stuff up there in the old house (aka clubhouse) like old toilet seats, broken fishing poles, and our golf clubs! We really do use the clubs.


The folks on Kramer Lane are a little touchy about outsiders, and you can see why in the previous post http://browningfamilyunit.blogspot.com/2009/03/celebrating-kramer-farm.html . We've had the problems with the City of Brighton, water issues, the threat of Union Pacific (UP) moving their downtown pig yard next door, and currently Vestas Wind Energy is building a plant on the property that UP bought and sold when they didn't build the pig yard. Most people use a little common sense and turn around when they see the sign.


So I asked Census Guy, "Did ya see The Sign?" And pointed out that there were several. Anyway, the gov'ment guy turned out to be fabulously nice but maybe a little dense. I was tempted to tell him that he was taking his life in his own hands. Instead I was Nice back.


My Uncle Lucky has lived on the farm for thirty year and has been known to chase people off in the night with his shotgun -- wearing only his cowboy boots, hat, and... some Old Spice. By the way, everyone that lives on our farm road - Kramer Lane - is nuts. But that's for another post.

Some parting shots - King Lucky of Kramer Lane on the throne. 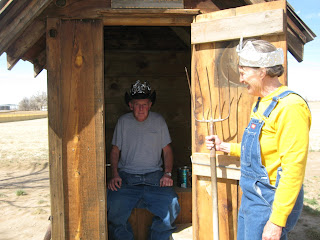 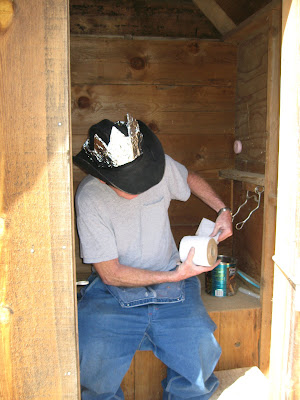 Mom and Lucky asked me take these photos and the kids and I about died laughing when Lucky actually dropped his bib overalls. And that's all I'm going to say about that. 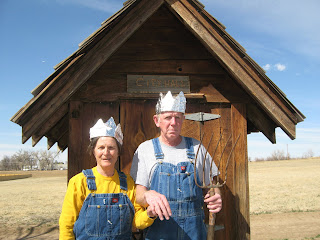 You'll have to look close but the sign above the outhouse door says "City Hall." (Mom and Lucky here.) If you're into that sort of thing, there's another outhouse pic below.

Posted by Kathy Browning at 1:35 PM